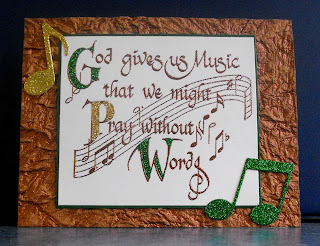 I'm posting today from Eureka. I hadn't  As often happens, I got an idea for a card last night (even though I already had a card ready to post today!)   A glitter  theme challenge on another blog (not a stamp company) inspired me to get out my glitter -- something I have done maybe three times in ten years, lol, I'm not much of a glitter fan! But I had fun with this card ... especially when I realized that two of the glitter sheets I owned - and have not used at all in the five or more years I have owned them -- were perfect matches for the glitters I had already chosen before remembering the glitter sheets existed! I found it while looking for background paper, where I also unexpectedly found the cool copper material (not exactly cardstock, but not orinary paper). All in all, I was satisfied with my simple card.

The first card I made with glitter was a waste; the glitter clung to the embossed image of clear on black, which is what my first desire was for the image. I then tried the copper, and after embossing, decided to let it sit for a much longer time than I had the clear. The very first time I embossed it, I had done clear embossing with black powder, and decided to see if gel pens would give the glitter look I sought. It didn't, but I liked it, and while the copper cooled, I finished the second card. My photographing job does not show the beautiful emerald green of the unique, foil-like background paper, and the glitter pens worked much nicer than you see here. Still, I wanted to include it just because it's a very different look than the other card, despite the near identical layouts.

When I went to Houghton College in the early eighties, I had a friend who would let me sit behind his piano in one of the music rooms. He was a composition major, and wrote absolutely beautiful piano pieces. When he played, despite the fact that he was not singing, the music clearly was centered on the Lord, and I worshipped as I listened. So although texts like the one of this stamp can sometimes seem trite, I find truth in it. 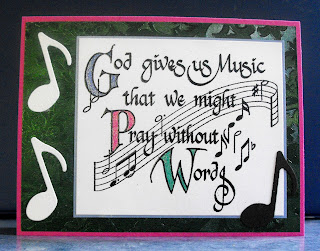 Are you a Challenge Blog Looking for a New Sponsor? We'd Love to Sponsor You for your Upcoming Challenges! Please Email us at: Info@stamponit.net We look forward to hearing from you!

Promote Your Page Too 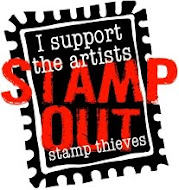 Challenge Blogs We are Proudly Sponsoring 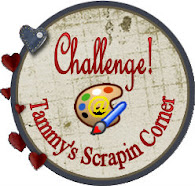 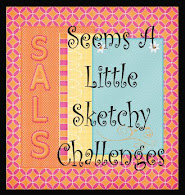 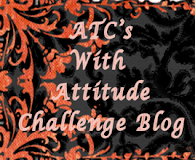 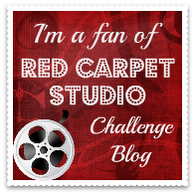